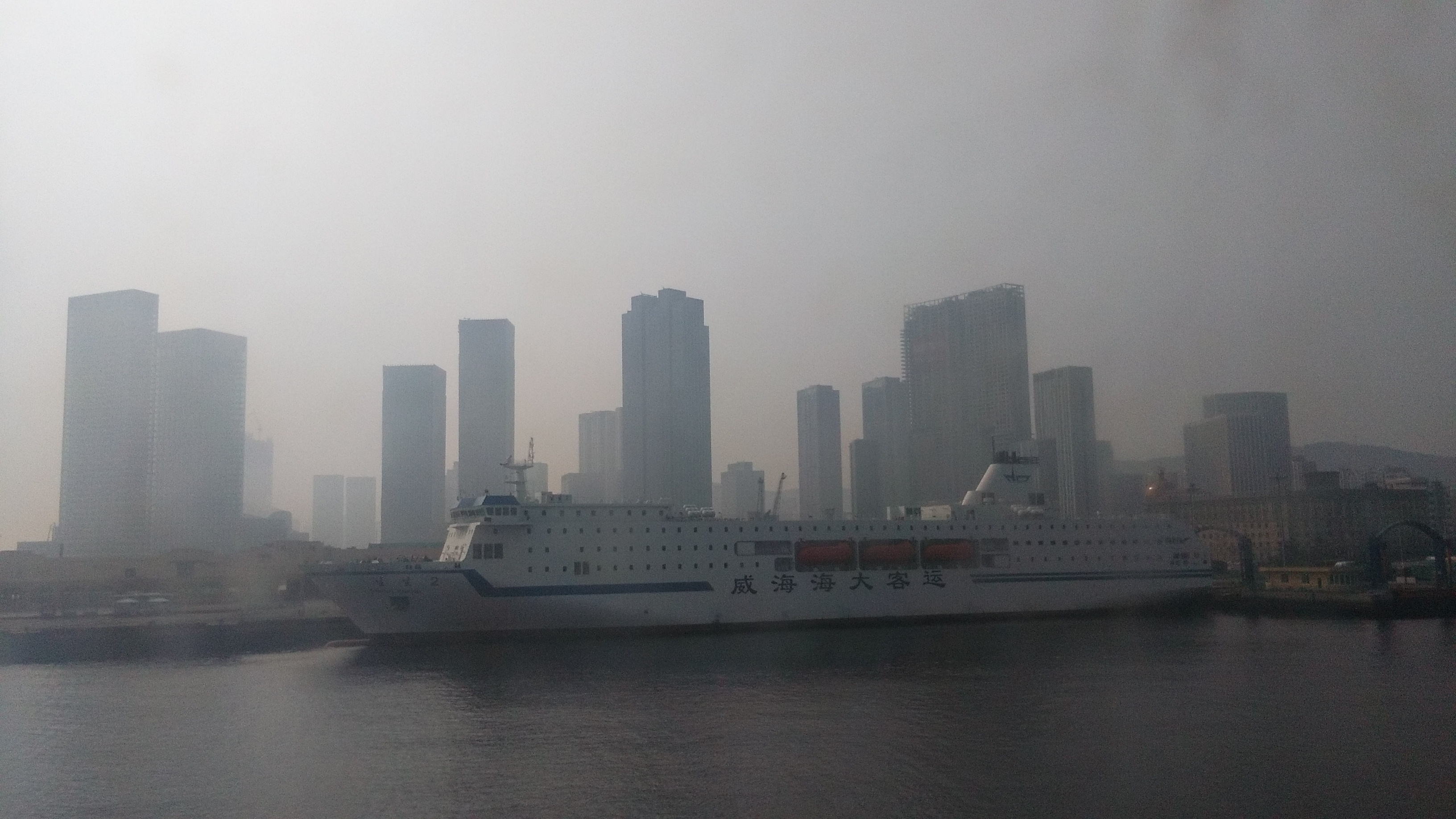 A few hours ago I arrived in Dalian and already after a few minutes I knew that I was back in dude land.

You can say what you want, Europe and Japan are convenient, but if you want some real travel fun you have to leave the safe harbour and meet some dudes.

I’m absolutely happy about the change.

So I’m queuing for the immigration check. I was the only European on the ferry. The lady at the passport control looks through my passport. Suspicious, too many stan-visas I guess. I get interviewed in another room.

Dude: when did you leave South Korea?
Me: uhm, yesterday. I just came out of this ferry (you know, like all the other people here)
Dude (shows me my Tajikistan visa): Have you been to this country?
Me (thinking): no I just like to print foreign visas and stick them in my passport
Me (saying): yes, look there is my name on it.
Dude: we want to check your luggage.

I take my bicycle into the room. It’s hard to pretend you are the biggest fan of their country, when people start looking through your dirty underwear and your travel diary. The other dude pulls out my bicycle tool. It looks like a Swiss army knife. But he opens it, so he can see that these are all tools. Then he asks me: „Is this a knife?“

Really it seems like dudes see something and then they still ask you if it is true what they see. Next time I say: „Yes it’s a knife. But it gets invisible around dudes.“

I’m allowed to leave. There are some dudes standing around with big helmets. Some have shields.

Shania Twain – That don’t impresses me much

I’m happy they let me in at all. In Dandong, where I actually wanted to go, it is not allowed to arrive with the bicycle. Apparently there was once a cyclist invasion and they threw their water bottles at officials. Maybe. It’s just a guess.

Anyway I have neither prejudice against this country nor the people. Apart from the dudes people are friendly and supportive so far. So if this is really the People’s Republic of China everything should be fine.

Dalian has big apartment complexes close to the harbour. But other than that it feels surprisingly European. The houses, the dresses, the shops. Even the roads are rather narrow. I admit traffic is typically Asian: Busy. I see a lot of Chinese car brands but also many high class German cars like Porsche. 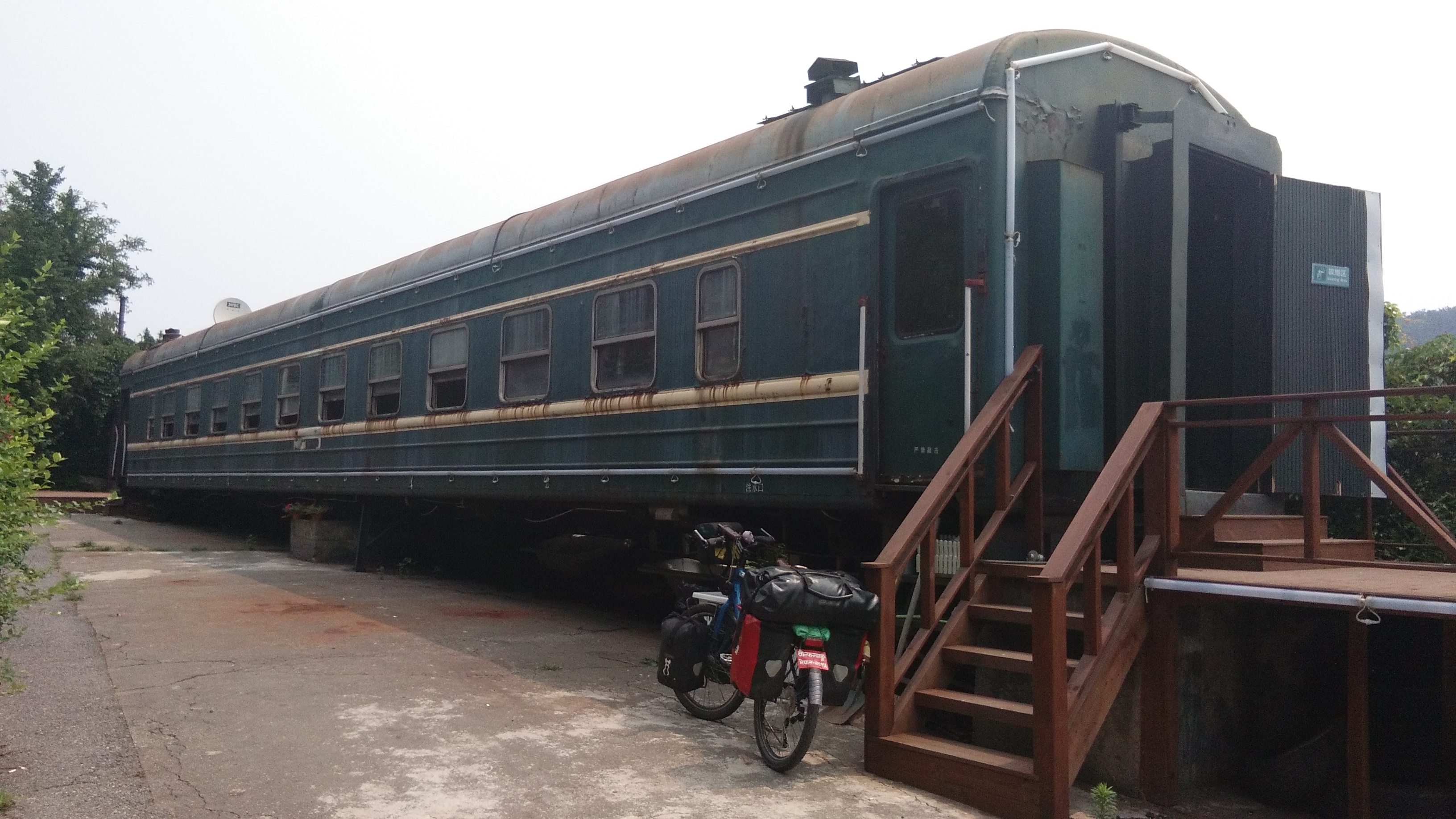 I’m waiting until I can check in because there is no-one around so far. I found the wifi password, though.

As you can see the blog is accessible. Spiegel Online is accessible, too. It wasn’t in Iran. So I can read about deadly attacks in Munich. Google, Facebook, Skype are blocked. The Great fireWall of China. So please only write me using email until I tell you any different.

My underwear got also checked.