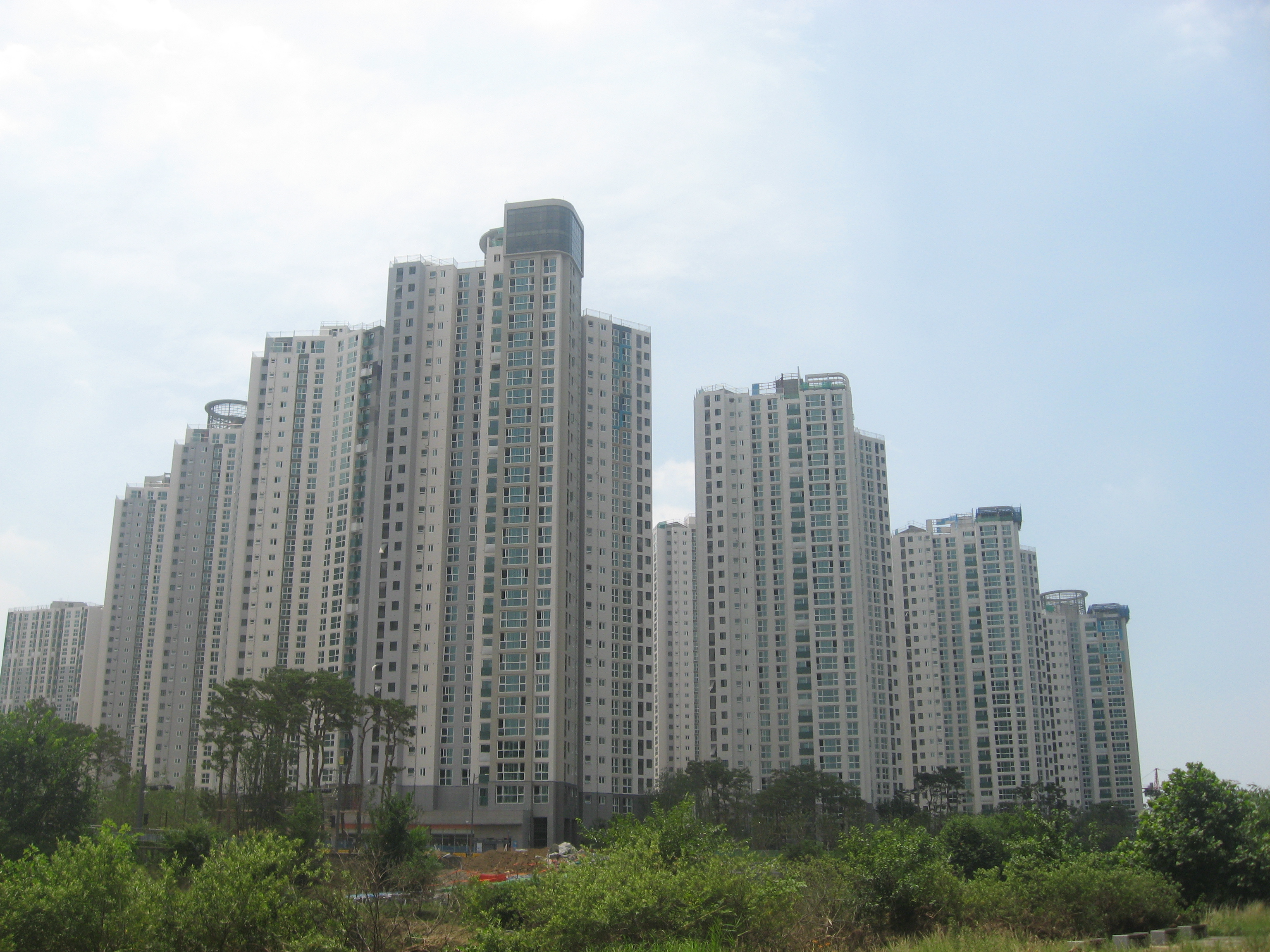 Leaving Japan feels similar to leaving Central Asia. I have spend such a long time here and I enjoyed it so much. Now the ferry takes me somewhere else in just a few hours. A little sentimental I wander around on the ferry and try to get as much of Japan as I can find here. For example the Onsen on board. Again with a great sea view.

I even spend 500 Yen on one of the Hot Menus a vending machine offers. It definitely helps to let go Japan.

In the early evening I arrive in Busan, South Korea. People are taller, cars are bigger, roads have four lanes and women have curly hair. A lot of „Japanese“ tourist buses in Germany are actually South Korean. I haven’t seen any Japanese woman with curly hair. And South Koreans wear much more colorful clothes. People told me that South Korea is similar to Japan. It is not. Maybe because I don’t want anything to be like Japan, but no, it is not. Fukuoka was a nice, little, romantic town (with some skyscrapers, I admit). Busan greets me with huge, ugly apartment complexes, a big cargo harbor and war ships. Actually I wanted to pitch the tent, because it didn’t look that big on the map. Not possible here. Accommodation is cheap and western, though. I get an 11 dollar room in a perfect guesthouse.

The next day I set off for Seoul, which according to Google is 416 km away. I have 5 days, because I want to arrive on Sunday, then I will be the first at the embassies on Monday.

There are many long distance bicycle lanes in South Korea. A lot of people are riding mountain bikes or are running or nordic walking. While Japanese seem to do sports in their pajamas, South Koreans all wear colorful synthetic sport wear.

The cycle route is nice and I move fast. Often whole groups of mountain bikers pass me. They shout „yeah!“ when they see me. Also they bend their right arm, make a fist and sometimes show their teeth. Yeah! Fight! Yeah!

I get reminded on the Nepali and Indian cyclists who passed you completely silent and pretended they don’t have to put any effort in it. Then when they were in front they turned their heads just far enough so they could see how far away you are. Still, on their 30 year old fixed gear bicycles they were stronger competitors than most of the South Koreans.

It is very competitive and also well organized here in South Korea. The cycle route network has service points, where you get pressured air and tools for free. Some mobile workshops can change technical issues. And every 15 km there is a juice bar or a little mobile cafe, where you can drink and even eat something.

Sometimes there is no room besides the river, so they build the cycle lane on columns in the river. In the afternoon it starts to rain heavily. Much more than what I had in Japan. My goal is Daegu, where I arrive soaking wet when it is already dark.

The next day is sunny but very humid. The cycle route is flooded by the river several times. Hundreds of little fish dodge my front wheel as I work my way through the shallow dirty water. Apart from that it feels like cycling through an artificial landscape. The bicycle lane, some parks, cafes, service points. You can even get a stamp at certain points. If you collect all stamps you get a badge. At one info point I want to buy a cycle map. Unfortunately the maps are not pointing north, but only show the route along a part of a river and all in Korean. So you never know which part of the country they are showing. Feels like solving one of these without being able to read: 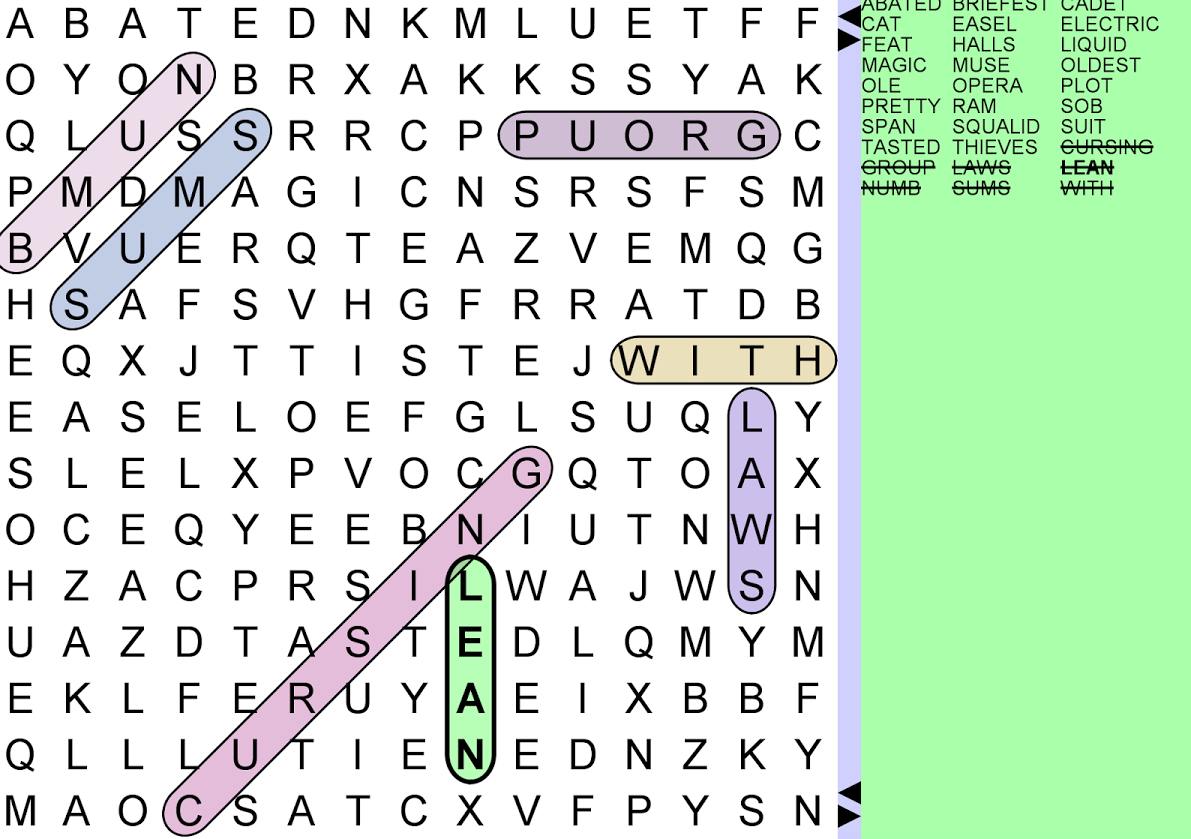 That was just standing around more or less somewhere. There was a huge 360° digital display inside with art on it. For 8 euros you can have a piece of cake and a latte. I more and more get the impression, that there is a lot of show off. Big mountain bikes, perfect clothing, huge art-ificial installations, big cars, perfect cycling lanes through park-like landscapes. That’s the outside world. And then everybody turns around and goes there:

In my opinion the apartment complexes are the modern art of South Korea. They speak very loud. They are so depressing. I have never seen such a tristesse on such a big scale. Sometimes I come close to them. There must be people inside, but I can hardly spot one coming out or going into the building. Once a mountain biker says good-bye to his group and heads towards the apartment complex. He has a front suspension worth 3 months of traveling. How can you live in such an apartment? There seems to be not even an attempt for another way of living.

I decide to leave the cat-walk-like cycle route with its depressing backstage area. I want to find something real. I cycle on highways I am not allowed to cycle on. I run red lights like almost everybody here, because they make no sense. I see some hills and a lot of agricultural land. Usually paddy.

I like farmers. No matter in which country you travel, farmers are always nice people. Same here. And additionally they own real houses. Like Cora in an earlier post already mentioned, many people quickly forget the beauty they leave behind, when they turn their backs on farming and instead move to cities to live a dream that – here in Korea – often seems more like an illusion.

The farmers are always relaxed. They have no one to blame but mother earth. They compete with a force you cannot beat. They trust. They are patient and thankful. They don’t have a job, they actually work. And when they are old, they sit on their front porch and smile. You can say I idealize that, but I am sure I don’t. I know that it’s hard work, though.

I imagine how North Korea must look like. Not much electricity, no Samsung, no Hyundai. But maybe an identity. It seems like North Korea is everything South Korea wants to forget. Like they are embarrassed of what they once have been themselves. I get reminded on this movie „About a boy“: The young boy is North Korea: Weird and isolated. Trying to get in touch, insecure and angry from all the partly self-inflicted humiliation. The old boy has everything and somehow fits in, but has no identity and is equally isolated. He is a bit of a coward and made himself unassailable by completely adapting. His financial inheritance is like a capitalistic success story brought from outside. I wonder if North Korea will ever find the courage to show it’s true potential and hope South Korea will then stand by its weird brother like that, risking to embarrass itself, too.

Right now the south Koreans in my opinion deny their past. A few decades ago it was a developing country. Now there are many churches, similar to Vietnam. And these apartment complexes everywhere, usually build by Hyundai or Samsung. The competition seems almost like in a military environment. After all they are still at war. No matter who you really are, in the outside world you have to be perfect, successful. I didn’t see much leisure activity. Almost everything is a competition. But that’s not the end. I saw a lot of women with bruises in their face. My first idea was domestic violence. But I soon found out, that many women undergo surgery to make their eyes look more European. In total it feels like a country has to proof itself and the world that it is not like it’s sibling. Not a failure. Not poor. And it makes me think a lot about India and how every Indian always pointed out, that India is a developing country and still has to learn a lot. In retrospect that sounds very humble and honest. I find this the much more healthy approach. India seems to transform more from the inside than from the outside. South Korea on the other hand reminds me a lot on South East Asia. It developed too quickly, like a child that gets pushed to be something without having time to find out, what it actually wants. And North Korea is no different. Like two siblings each living with the other one of two divorced parents and the child’s success becomes the ultimate proof which parent was right and which was wrong. I don’t think any child benefits from that.

In the evening I arrive in Osan and just want to sleep. I book a hotel, but am so tired I forget to check where it is actually located. 15 km outside the city. Damn it!  It is among several resorts surrounding an artificial lake.

Cut my life into pieces
This is my last resort

Actually they call it motel. I booked a room in a motel close to the lake. They have motels a lot here. The room has a round bed. Round beds have only been invented for one reason. It’s not to maximize sleeping space. But it is not as you might think. There is not much privacy in the apartment complexes, so people make reproduction appointments. I have only seen nice couples holding hands. There are also a lot of cafes and restaurants. The bedroom is behind two doors.

The next day I make it to Seoul. The last 30 km is again cycle route.

Cycling through South Korea didn’t take long. After all it’s not a very big country. I didn’t have much time. In the end it was a little bit more than 500 km from Busan to Seoul. So I rushed through pretty much. I am happy I left the cycle route and instead cycled on highways and through very ugly cities. I had some interesting conversations. One evening I even got invited by my host, who had canceled my reservation and I got mad, because I only found out when I arrived at her guesthouse at 9pm after an exhausting day. She then offered I could sleep in the aisle free of charge. She even prepared dinner, which was delicious and we had a good talk.

In general South Korea for me seems to look up to a western life style. But they seem to have seen only soldiers, successful business men and hollywood movies. So they try to be exactly that and hide all other – not so glamorous – aspects of life in big ugly apartment complexes. Some people speak English fluently, but often the way they talk feels like a facade of another complex:

(turn the volume up!)