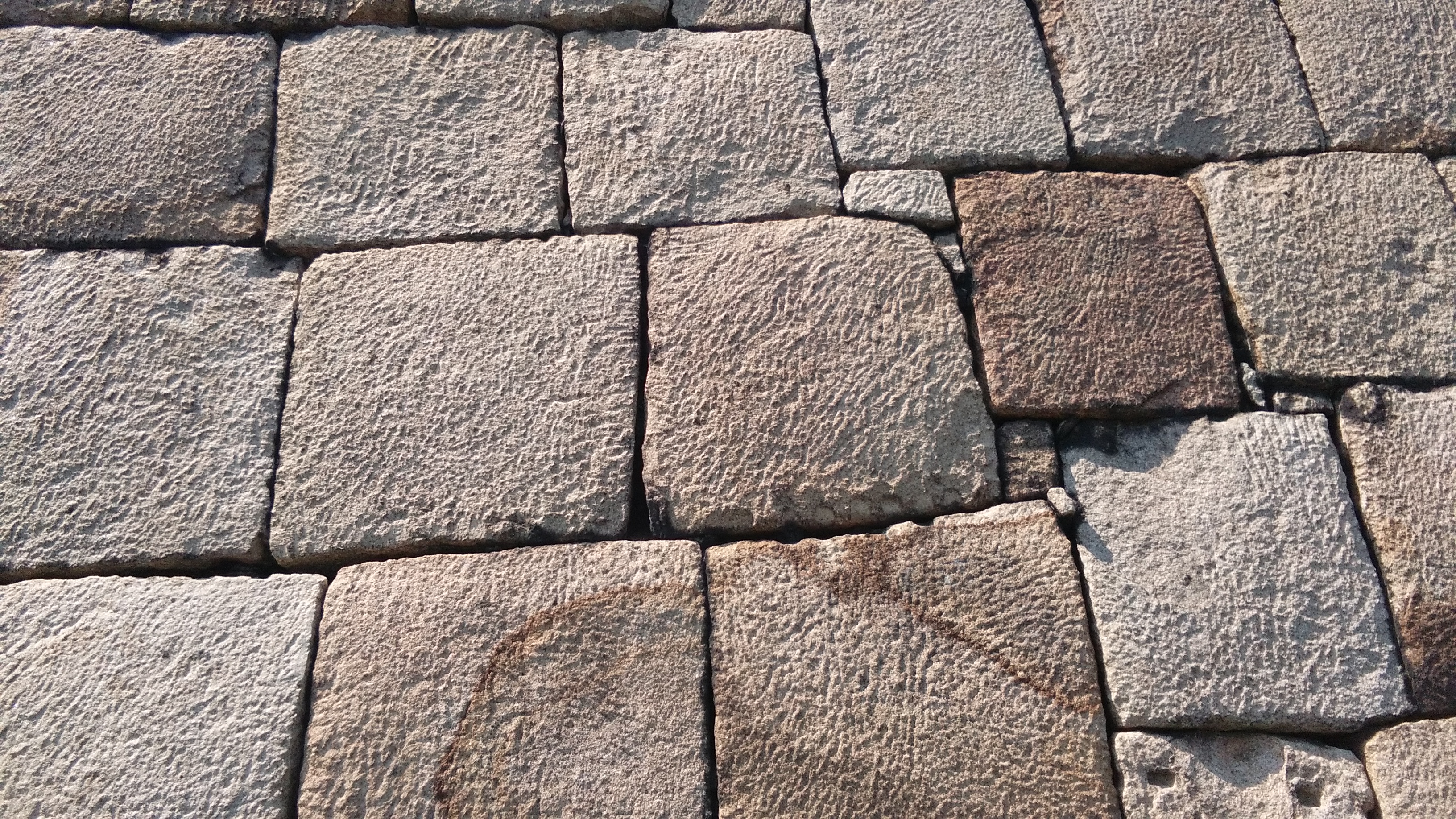 Two months and eleven days I have spent in Japan. Since I have never lived, studied or worked abroad, Japan is – after Germany – the country I’ve spent most continuous time in. I think I have experienced some aspects of Japanese culture rather well. I didn’t fight a Sumo wrestler, nor did I buy a Samurai sword somewhere in the mountains welded by an old guy with a long white beard. Stereotypes. I want to write about something else.

Discipline is a high value in Japanese culture. It creates a very skilled work force. If you have ever watched convenience store staff work here, it is close to being robotic. From arranging the items in a plastic bag to the way they count your return money in front of you. Everything is done perfectly the same from Hokkaido to Kyushu. They all go to a convenience store boot camp, where they get drilled by Gunnery Sergeant Hartman. It’s crazy. Everything gets constantly tidied: the toilet, the microwave oven, the floor, the trash bin. Still, if you are third in a queue at the cashier, tidying is paused immediately and you get served first. You will never have to wait.

Of course this not only applies to convenience store staff, but to any profession: Post offices, hotels, police and the funny guys who guard every construction site and bow before you when you pass them. Everything is done precisely and according to sophisticated rules.

Discipline is also expressed in manners and that is where Japanese culture becomes even more pleasant and feels advanced. No matter if you are at a Ramen fast food chain or in a hotel, people are dressed well and behave well. You get greeted everywhere and you are the center of every person’s effort. No one is playing on their smartphone. I didn’t even hear a single cellphone ring. And your privacy gets respected. You will never find a staredevil. But they had many reasons to stare. After all the Japanese people is still very isolated and doesn’t have much non-Asian immigration. During my stay I have seen only two Africans for example and only one Indian woman, who stood so beautifully out with her colorful dress. Also European faces are rare, except around some US Navy bases. So some look at me, but look away quickly and ashamed when I notice.

They will probably never approach you if not absolutely necessary. I remember in our first week in Japan it started to rain and Cora and I found shelter under the roof of a bus stop. There was still enough room, but several people preferred to stand in the rain (they always carry an umbrella) rather than asking us to leave or just join us.

Discipline of course often comes with an almost ascetic or stoic way of behaving, especially while you are at work. Sometimes it feels like a too big sacrifice and when I heard complaints about their own culture, the overly polite and reserved way of doing things was usually among them. I think some people stick to these rules also in private, which I consider not healthy at all.

Japanese people work together towards common goals. That’s something I missed for example in India. But maybe I just didn’t look at the right places. In Japan people see the common goal as their own goal. There is no trash anywhere, because everybody makes sure trash ends up in the trash bin. Funny enough, there are no public trash bins. You are actually forced to carry your trash either home or to a convenience store.

Japan is surrounded by the sea and the sea in turn is full of trash. That’s why you see hundreds of people, young and old, gathering in the early morning around 6 o’clock. Then they go to the beach and collect all the trash. It’s absolutely incredible.

There are countries where people believe you can make the world safer by spying on citizens or dropping bombs on people a few thousand kilometers away. Japan, however, doesn’t do that and is perfectly safe. Not only is traffic relaxed. You won’t hear a honk, well maybe if your life is in danger. And of course nobody steals anything. But most important: People care for each other. They truly understand that caring for others creates a strong society, which in turn means caring for yourself. I once saw a severe accident. Everybody kept calm. The staff of a nearby shop was standing on the intersection redirecting the traffic like they have never done anything else. No one was staring. The medics just did their work. In general Japanese are very skilled in keeping calm and in mastering any disaster. After all, they have a lot of practice. 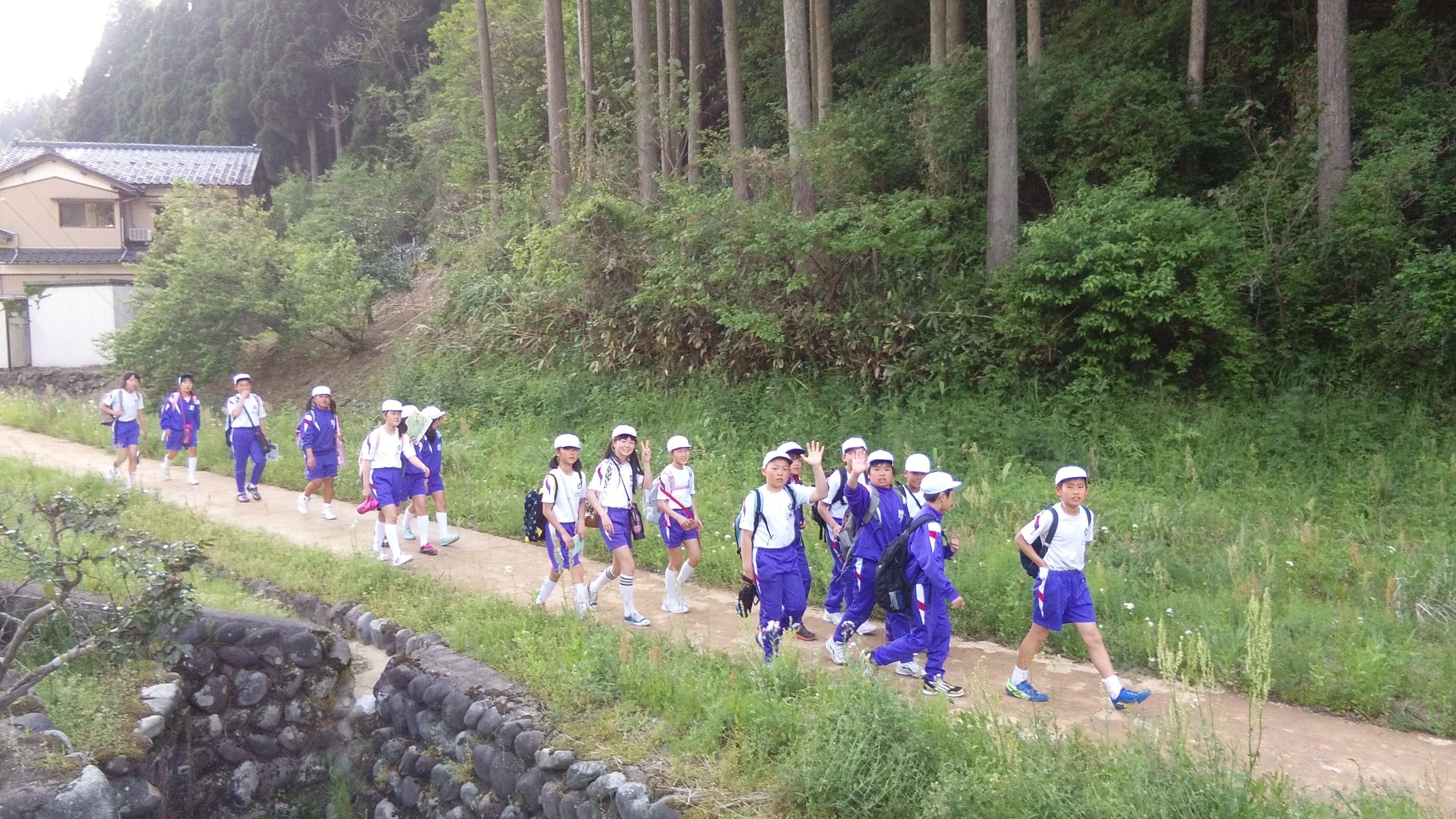 Being a community is to a certain extend expressed also with conformity. Besides the usual business uniforms, they also have school uniforms from first grade on. Conformity can also be found in the way they build houses. Big cities show monotone grey scale facades, also people, even women usually don’t wear colorful clothes or make-up. Dread locks, tattoos, colored hair or piercings are very uncommon. You rarely see expensive sport cars. Most people drive very small cubic cars. And when they die, they more or less all get the same tomb stone.

Physical exercise is often done in large groups and also in uniforms. Germans don’t like discipline and conformity too much. Once those values have led to very bad things. Flexibility has become a more important term than discipline and we consider a variety of publicly expressed differences healthier. That way we think we don’t suppress any choice of living. However, we forget, that conformity and discipline also mean safety. When everybody complies to rules, you can rely on a certain behavior. When nobody stands out, there is also not much provocation and therefore little room for conflicts. When breaking the rules means damaging your reputation you don’t break the rules. That’s why Japan is safe. Nobody steals anything. Everybody tries to be honest, respectful and polite.
Japan has taught me, that strength through discipline and community is nothing bad in general. Morton Rhue paints a very simple picture in „The wave“. Something else, more complex, must lead to violence against another group of people.

Now that’s maybe not what you want to hear. We have fought so many battles to be such a versatile society. Or are we? Having a look at twitter hashtags I see conformity. People have no idea about a certain topic, but they are all #JeSuisCharly. That’s not solidarity. That’s plain old conformity. Being part of the hive. Strength through community. But more important, it makes you feel superior and invulnerable: I’m on the right side, those who disagree have no heart.

And our uniforms?
The topic of the last decades is how „equal“ everybody is. Equality of course is easiest to accomplish, when differences are hardly visible. But instead of giving everybody a uniform we have been taught to see through a filter, that makes everybody the same.  Men, women, blacks, whites, gays, heteros, immigrants and so on. And our discipline? We ignore differences, we avoid offending others, we leave litte room for conflict. In one term: political correctness.

In Berlin you can come out as a bisexual transgender Muslim alcoholic wearing a hijab but with no pants on and everybody goes like: „That’s totally his/her* choice!“. But if someone then says: „Can s/he* please put on some pants, I find that disturbing“, people go like: „You islamophobic, homophobic, sexist pig!“.

Our community defines itself by encouraging everybody to be individual, which makes individuality our uniform. It’s our grey facade, it’s our well cut trees, it’s our monotone tomb stone. We will all die individually. Like everybody else. #RIP

I agree discipline and conformity can lead to problems. But everything can. So the question is, what keeps things from going insane? There is one thing that followed me all the way through Japan and for me was the most important value of their culture: Respect.

Their discipline is based on rules that make sense and not on force to break people. Their manners are friendly but honest. And their community is not based on superiority. Their common goal is not to supersede others, but to form a reliable and safe environment. After all, Japanese are very humble and polite. Even their language has several levels of politeness and a special form of humble speech, whenever you talk about yourself.

When I look at Twitter and Facebook I see people promoting the freedom of western society as if they had created it themselves. But they don’t realize they are only making use of this freedom sitting behind their smartphones, protected by a huge economically successful and very powerful community. And with every hashtag they only reinforce being part of this community. Of course of the right community, with the right values and the right actions. That has nothing to do with respect. That’s totally selfish.

Western society – like Japanese – has very strong rules, discipline, a certain conformity and a good sense for community. Still Japanese values  seem shifted. Some seem old fashioned, others too modern compared to ours. Still I saw a similarity between the western world and Japan and was close to concluding these similarities must be the recipe for a prospering and safe society. That way I was not only part of the winning team, I even found  the secret sauce. But Japan taught me to be humble. We have been in so many countries and all of them had strong rules and discipline. However, not all of them are as prospering and economically successful as the western or Japanese society.

Of course I had to think again about India and Nepal and how there was maybe some discipline missing. These countries were still rather safe, but not prospering. And this quote on the bathroom wall in Pokhara came to my mind once again. In fact, the most difficult rule to accept for any society – and every living being – is a rule, that doesn’t look like one: Change.

And when you look at Japanese and western society you will find very traditional rules, but at the same time a fascination for change and progress. In a way you could say what these cultures have in common is that change has become a tradition.

No matter what. It was a fascinating experience to visit Japan and see another highly developed country and very different culture at the other end of the Eurasian continent. As you can see it made me think a lot about what leads to safety, peace and success. But I’ve learnt to be humble here in Japan. So I have to admit, I didn’t truly find out.

Arigato gosaimas, Japan. I bow before you.