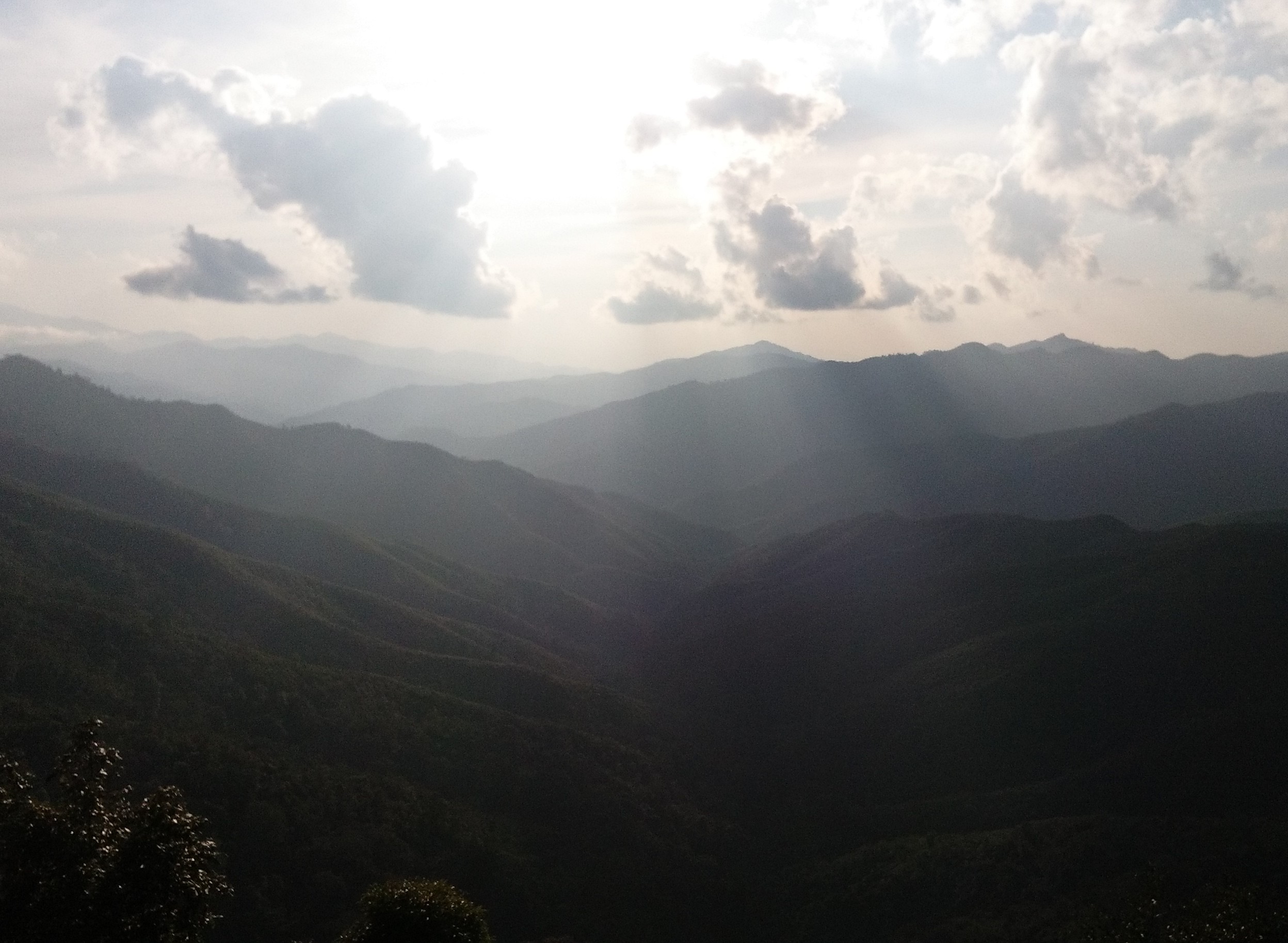 So we have just pitched the tent on the second floor of Gomi’s unfinished new home when it gets dark. There isn’t any visible impact of the earthquake in Imphal. Only most ATMs aren’t working and people are a bit nervous because of a possible aftershock, which is pretty common after such an intense earthquake.

No, not what you think. The earth doesn’t move a millimeter. Instead I get an email from Patrik, Fritz and Karin. All written in capital letters:

THE BORDER TO MYANMAR IS CLOSED INDEFINITELY

NO MORE MYANMAR PERMITS ARE ISSUED

According to their travel agency (the same we use to get our Myanmar permit) there was an incident on Indian side, somewhere between Imphal and Moreh (the border town). After all it is a conflict prone area, heavily militarized. Because of that, the Torism Ministry of Myanmar no longer issues any permits for the border area.

We expected to receive our permit within the next two days, but we haven’t yet and apparently never will. The agency told the others they will refund the money, though. We are three days away from crossing into Myanmar and now we can’t. We think about our time in Nepal and that we just had to leave a few days earlier or take a bus and we could just continue our journey. Now we are stuck in the far eastern part of India. The next airport with flights to Myanmar is in Kolkatta. We lose a lot of time and a lot of money and then have to skip Myanmar completely. And honestly, we both felt it was about time to leave India.

It is late in the evening. We go to bed and want to meet Patrik, Fritz and Karin tomorrow.

The next day all five of us sit together and discuss our options. There are flights from Imphal to Kolkatta. We ask in a travel agency. Unfortunately the planes leaving from Imphal cannot carry bicycles, because the large x-ray scanner is out of order, so they cannot scan the bicycles. The only option is to take a bus to Dimapur, then have a 24 hours train ride to Kolkatta and from there take a plane to Yangoon in Myanmar. So that’s our only option. This will take us at least 7 days and booking flights that late is expensive.

But apart from this only option, there is another problem. The problem is more of a personal kind. It is quite simple, though: I cannot accept that. I’ve learned that about myself. I cannot accept failure because of missing round ink icons on a piece of paper.

Look,
If you had
One shot,
One opportunity
To seize everything you ever wanted
In one moment
Would you capture it
Or just let it slip?

I am so mad, but I won’t give up that easy. I want to go to the border. I want to get stopped by someone personally. Someone who can explain what is actually going on. We have already called the travel agency in Myanmar, the travel and tourism ministry of Myanmar, the German embassy in Delhi and the German embassy in Rangoon. And nobody could explain, why we cannot cross. Some rumors were about a violent incident. Some said it was because of the earthquake. But nobody actually knows.

So I tell Cora I want to go to the border and see for myself. Our chances are very little, since we don’t even have the permit for Myanmar and no more permits are issued. So even if we can leave India, we cannot enter Myanmar. Well, sooner or later someone has to let us in.

Anyway, Cora knows from several other border crossings, that I get furious when dudes and stamps are between us and our goals. And so on January 7th we set off for Moreh – the border town. Along the road we see a lot of heavily armed soldiers and reckon that we get stopped any moment. At 11 am we have lunch. We check our emails, if there are any news from the travel agency. Indeed, they tell us, that our permit actually just arrived. It apparently got processed just before the ministry stopped issuing permits. But the travel agency also writes, that they won’t send us the permit, since the border is closed and therefore the permit is useless. Instead they will refund the money.

We reply and insist we want the permit immediately. Within minutes they send a picture of the permit taken with a smartphone. That’s something. 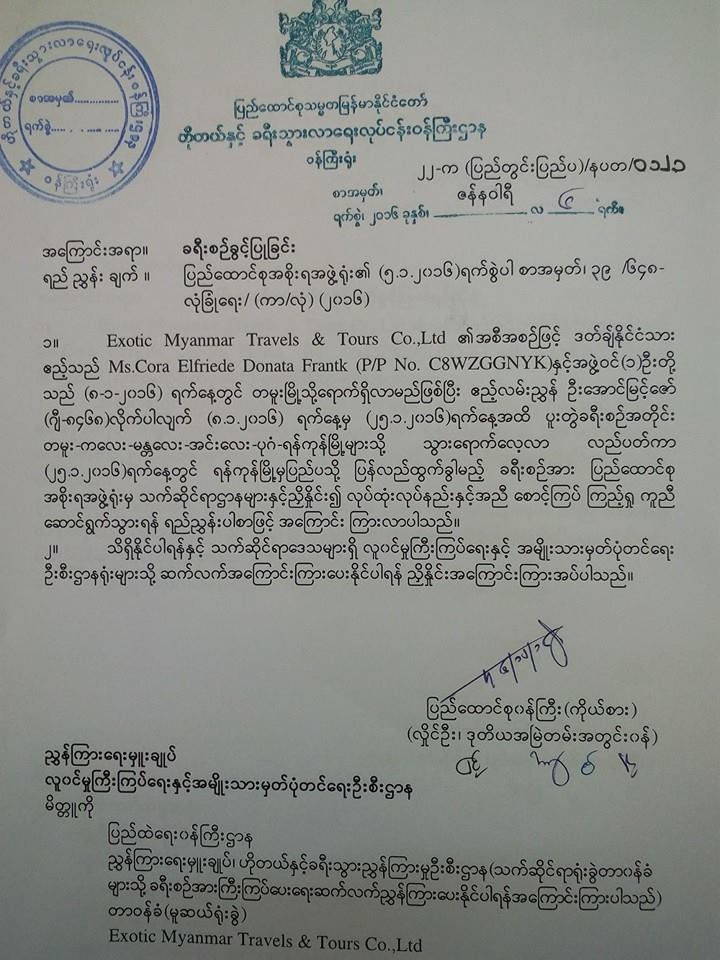 So now the situation has changed significantly. Now there is only a dude and a barrier gate between us and Myanmar. Because we now have every right to enter Myanmar. Someone just needs to let us pass.

We move up a mountain. Still soldiers everywhere. Then at one checkpost we get stopped. They want to see our passport. They are looking for something. We think that’s it, after that point the incident happened and they won’t let us continue. But they only have one question. You got it: Country?!

We move on. Suddenly two motorcyclists stop, when we just take a break to eat some pineapple. They are from France and Australia and have just crossed the border. They say it is open – in both directions. We can’t believe it.

Alright, so in case you didn’t get everything, I explain it again. There are two permits

Everybody knows about the Myanmar permit. You just have to apply for it a few weeks in advance and you have to show it at the border, when you want to enter Myanmar.

But nobody knows about the Manipur permit which you only need since January 1st. You remember, a few days ago we had a lot of trouble to enter Manipur coming from Assam. But a lot of travelers tried to enter from Myanmar into Manipur/India. They had the Myanmar permit and therefore could approach the border area. They also had the Indian visa. But when they tried to enter India, they were rejected, because of the missing Manipur permit.

So there was never a violent incident. The incident was more about several tourists stuck in no man’s land between Myanmar and India. The government of Myanmar did the only reasonable thing and stopped issuing permits for the border region, so no one tried to cross the border to India. For the Myanmar agencies it also seemed like the Indians had closed the border. Actually they didn’t close the border. They just refused to let people in without a permit for Manipur. But India still needed to free the stuck tourists, so they made it possible to enter Manipur without a permit up to the 6th of January for people coming from Myanmar.

But since we were already in Manipur and a few hours ago also got the permit for Myanmar, we actually had everything we needed.

At that point we realize that we will probably be one of the last tourists to cross this border for quite some time. Our Myanmar permits were probably one of the last that have been issued and we only just made it into Manipur a few days ago, because we had a very special situation and a lot of help from the German consulate.

It is getting dark and it is still 20km to Moreh. Anyway, we can only cross to Myanmar tomorrow, since the Myanmar permit is valid only for a single day. You have to cross at this particular day. Not a day earlier or later. Ours is January 8th. We are afraid, that some soldiers will not allow us to camp in the militarized zone and maybe take us back to Imphal. That would be devastating.

Then another miracle happens: A bus passes us. A completely empty bus, though. We didn’t even try to stop them, but the drivers ask us if we need a lift. Sounds good, if you ask me. 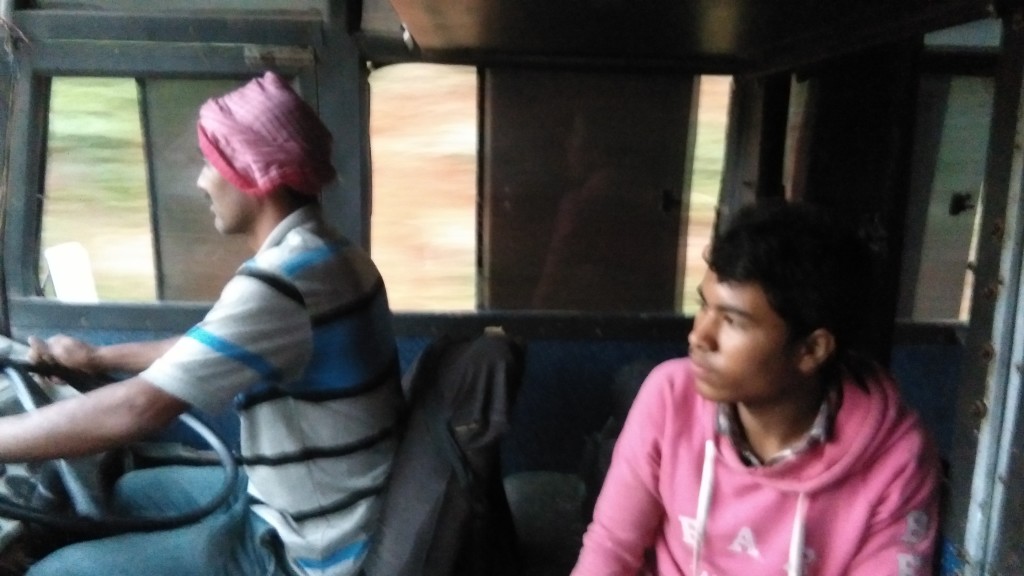 So at night we arrive in Moreh and stay at a small guest house. The next morning we exchange our last Rupees to Kyats and find a printer so we can print out the Myanmar permit.

We get an exit stamp on the Indian visa. We go to the customs. Our passports get checked by the Indian border guard. We leave India and cycle through no man’s land. Our palms are sweaty, knees weak, arms are heavy. Traffic switches back to right-hand driving. Some people are smiling at us and tell us to park the bicycle.

We enter the immigration office of Myanmar, show our passport and the bad copy of our permit. The officer calls the travel agency. They confirm everything is alright.

Then we enter Myanmar. It feels very much like this:

We tell Patrik, Fritz and Karin, who are still in Imphal. But they applied for the Myanmar permit just a few days later than us and therefore have no chance of getting the permit any more. So we leave them behind in India. They at least found a way to take a plane from Imphal to Kolkatta, even though the big x-ray scanner is still not working.

We spend one night in Tamu – the border town on Myanmar side – because I have to maintain my bicycle. The next day is my birthday. We wake up in Myanmar. I still can’t believe it.

You better lose yourself in the music, the moment
You own it, you better never let it go (go)
You only get one shot, do not miss your chance to blow
This opportunity comes once in a lifetime (yo)

One thought on “Aftershock”