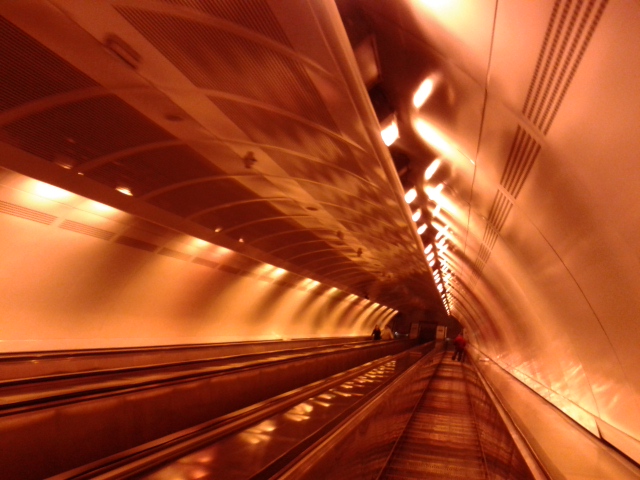 Belgrade is a more soviet style capital, but with its own charme. The city’s pulse is fast. Huge amounts of cars are slowly moving through the city, directed by police men, since nobody cares about the traffic lights. A good night life with lots of people in the streets when night falls.

There are little brick stone houses in the middle of the city between some bigger 50’s or 60’s buildings. I guess someone stands his ground.

Our first apartment in Belgrade is also one of these small houses and located in the absolute center of the old town and next to the fortress. We extend our stay in Belgrade and move to another apartment afterwards, which is in another part of the city and right next to the biggest market in Belgrade.

The trolley buses are unusual for a German, the tram is very old. Its rail switches have to be moved manually. The driver just steps out with a big metal bar and turns it, then jumps in again and the journey continues.

The food is cheap and delicious. By the way, if we weren’t on a world trip, I would visit all Balkan capitals. I think they are real pearls, which will be fully westernized within the next two or three decades.

The internet cafe I am in, however is an attraction of its own. Not because I spend a good amount of time here, writing all the blog posts from Vienna to Belgrade in a row (total recall), but because its location is unique. It is hidden in a subway station. You enter a dark door, then you are suddenly in a world that looks like some movie set from „Blade Runner“. The subway itself looks like that of the first Marsian colony. The trains are fully painted with graffiti. The ads on the wall are stained with dirt and probably outdated. 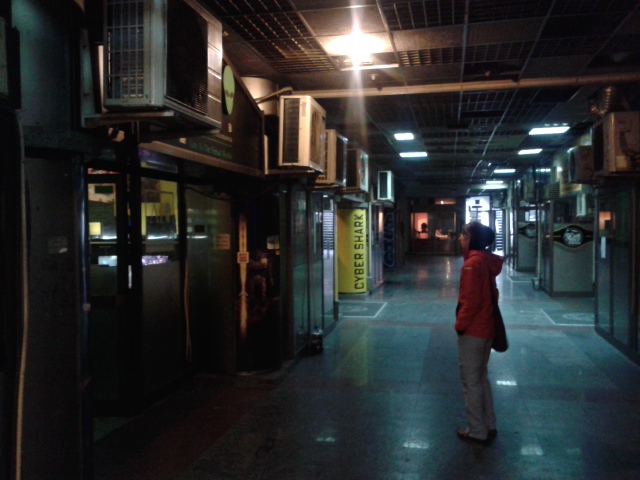 Now in this hidden world there are only internet cafes full of so called gamers. I’m not really into gaming, I’m only always stunned by the great graphics and like to watch others play. Yesterday the guy next to us played a war game. Today the whole room is playing something with fantasy characters. Once in a while some guy loses it and shouts through the room like a berserk. In all these internet cafes together there are probably around 500 people playing video games.

Anyway, this place is great. I got a video for you. Just imagine „Mindfields“ by „The prodigy“ as the soundtrack.

We also visit the fortress and walk through the city for hours. Big buildings are partly demolished in a way that is hardly believable. I couldn’t find any info about what has happened to one of the buildings, which was almost collapsing.

In general Belgrade is far from being as beautiful and clean as Budapest. But if you like this unusual soviet style – and we both do – then you get what you want. There was this one restaurant, which was part of a 4 star hotel. We had lunch there and people around us were smoking. It all reminded me on these two characters, Pavel Pipovič and Bronko Kulička, from a German comedy show. They represent Czechs though, but you get the idea.