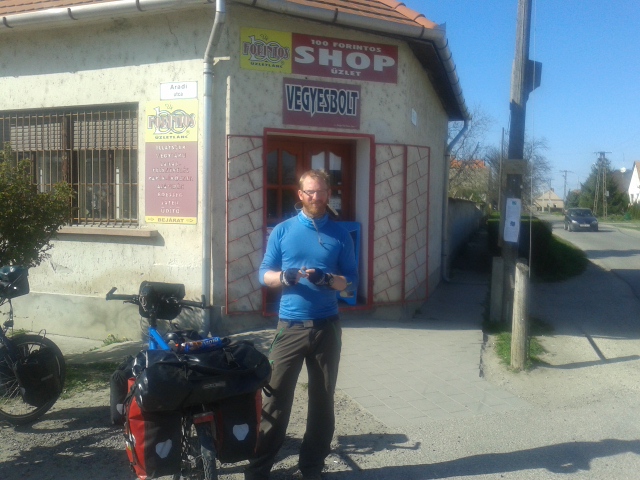 We leave Vienna when it starts to rain for the first time in three weeks. We are really lucky regarding the weather. However it was cold in several nights when we just pitched our tent somewhere.

Shortly after Vienna we see a guy swimming in the Danube while we are freezing on the bicycles. Crazy people. The weather doesn’t get better for several days. Bratislava is only two days away, though. But these two days are really ugly. So far the worst conditions. Hail, snow, heavy wind and of course rain all day. We heard the storm was previously passing Germany so you can imagine what is going on without a roof above us. Luckily the wind is blowing us to Bratislava, so parts of the route we are sailors more than cyclists.

After these two days we finally arrive in Bratislava but only stay for one night. Bratislava isn’t a very big city so we agree one day is enough to explore it a bit. After Germany and Austria we also entered our third country Slovakia and I put another sticker on my rear bag.

By the way it is hard to remember all the details since so much is happening. This lays already three weeks behind us. I urgently need a proper keyboard so I can write at least twice a week. Here in the internet cafe time ticks and actually you don’t want to spend the day underground in a room full of gamers playing „call of duty“.

Anyway we leave Bratislava and moved forward to Budapest. Hungary is a great country to cycle. It’s flat and there is a Tante-Emma-Shop (as we call corner shops in German) just about everywhere. No need to find the one big Aldi-Supermarket outside the biggest village in the region.

If you want a beer there is also a get-drunk-and-stare-at-the-bartender-pub available in every village. And I mean EVERY village. 15 square meters are often enough to spend the evening like this. They also offer sandwiches or hamburgers sometimes, so we have the chance to experience this. 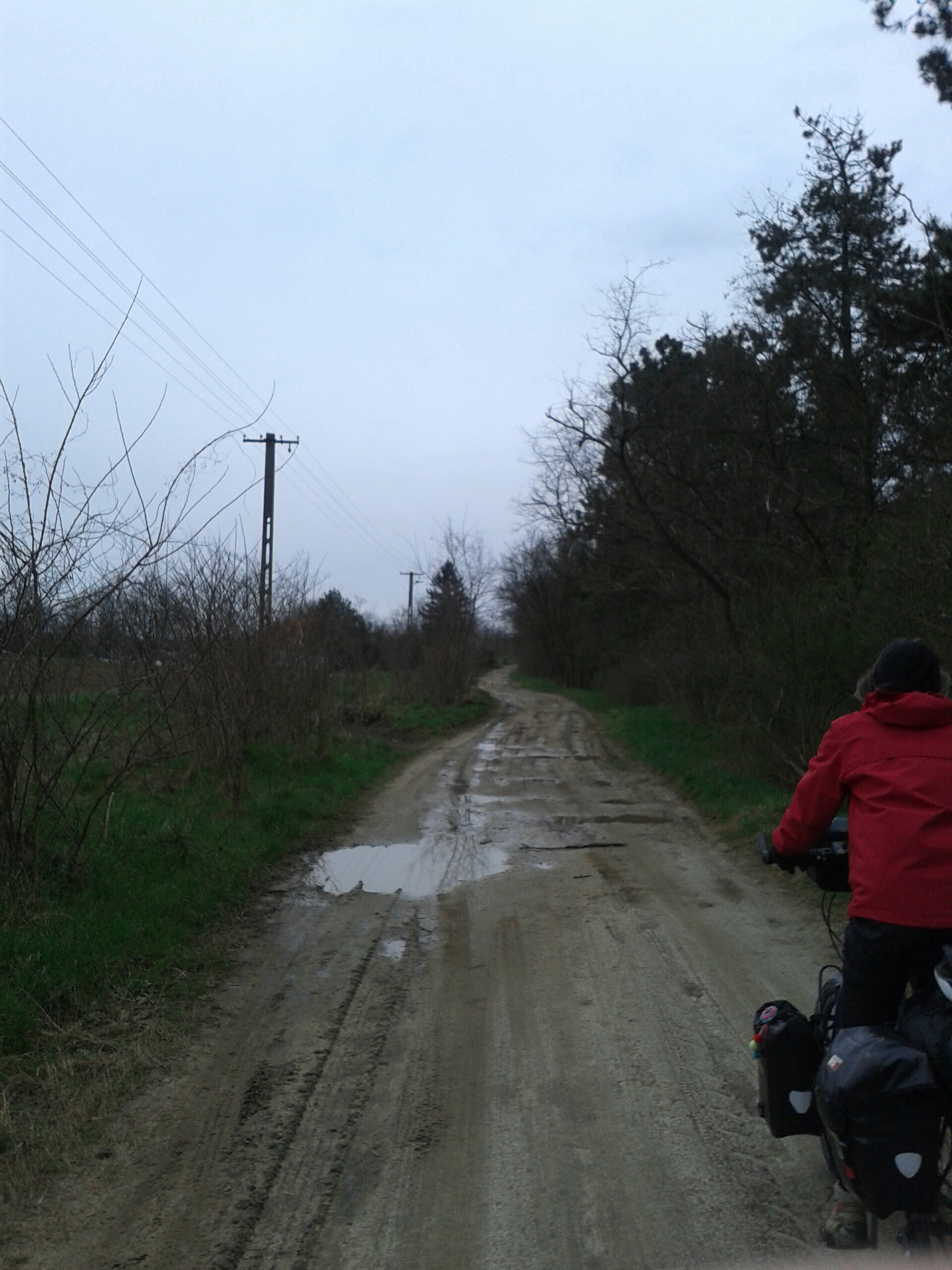 The EuroVelo-Highway becomes a EuroTrail more often and we are guided on muddy roads along the last houses at the edge of small villages. Of course everybody needs a dog there to protect his….her….mhm…let’s say „right to possess a dog“. And these dogs obviously haven’t seen a cyclist for a while. So you have this constant barking beside you. The easier ones are chained or behind a fence. The harder ones follow you for a few meters and then politely hand you over to the next dog, since their administrative area seems to end at a certain imaginary line they cannot cross.

Baha Men – Who let the dogs out

In general the animal kingdom opens its doors for us. Luckily there are still no mosquitoes, but some birds you rarely see in Germany and now also lizards and snakes. We even saw a boar in broad daylight and a beaver swimming in the Danube just were we pitched our tent.

Another animal seems to follow us and is changing constantly. I see it sometimes in the morning while brushing my teeth. It gets a big red beard and loses weight rapidly. Hair is getting brighter. Skin is getting darker…well, at least a darker red. You got it, it’s me. Did you know: There is a six pack beneath every beer belly. I lost the thread…

Where was I? Right, in Hungary. We just entered Hungary one day after Bratislava and are looking for a pension in the late afternoon. We find a sign „rooms“ and followed it. A young woman opens the door but tells us they are full. However her mother Rita insists we come in for a tea and to warm up. We end up slightly drunk, because Ferenc, Rita’s husband, likes to drink Palinka with us unexpected guests. Some Palinkas, cookies and cups of tea later it already gets dark outside. But Rita, apparently the number one hair cutter in town calms us down. Via bush telegraph she has already arranged a room for us. So we climb on our bicycles and cycle through the night to one of those stare-at-the-bartender-pubs. Next to the pub there is a little one room apartment, where we spent the night. When it comes to hospitality, Hungary wins the contest so far. This was just a great experience and made us feel like in our home town, cycling through the night after a party just to fall into our bed and sleep.