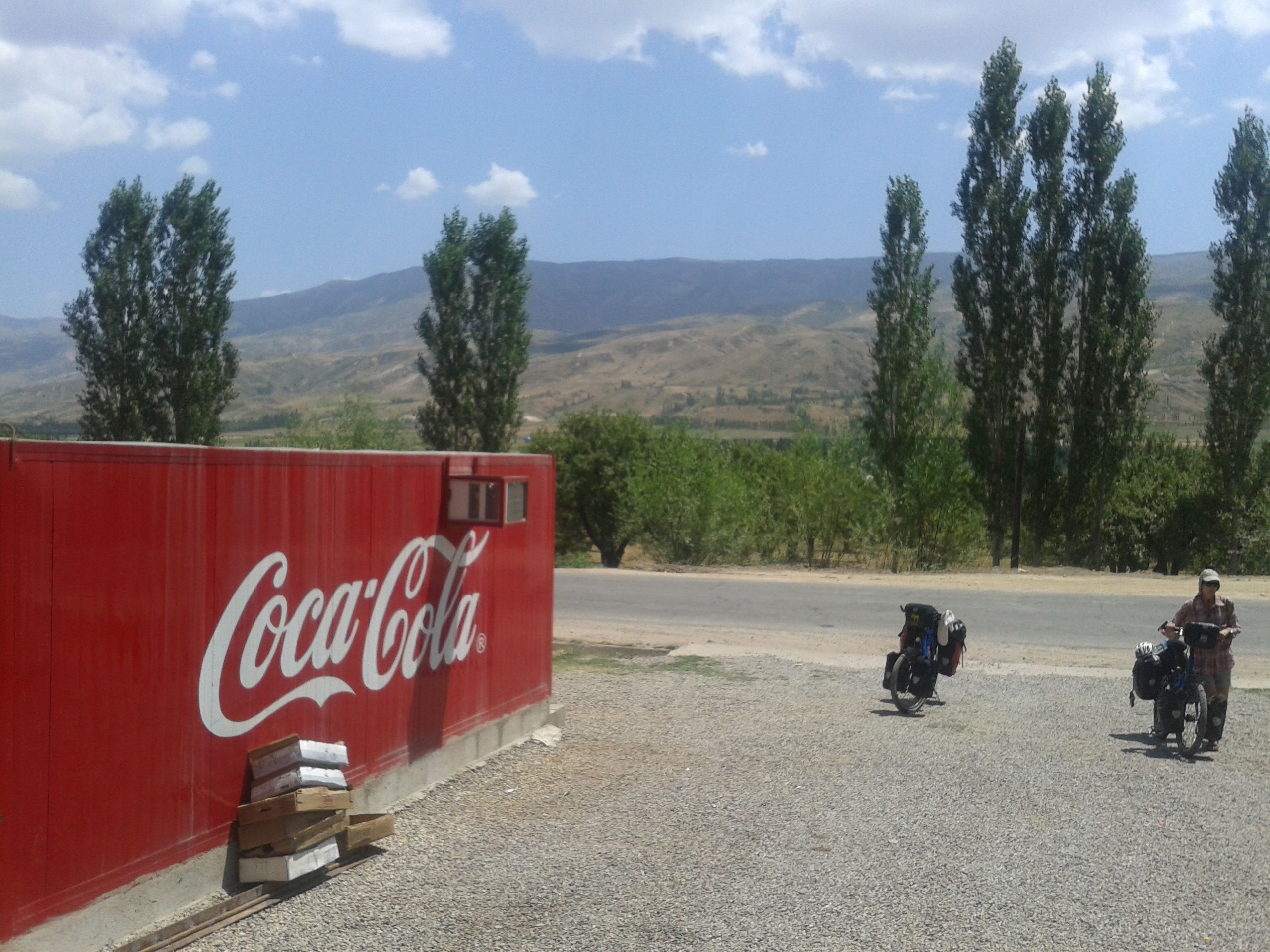 After leaving Europe we often switched completely to bottled water, because it is the only safe drinking water you can get. I knew Bonaqua was a product of the Coca Cola company. And I thought that’s it more or less. Pretty naive, I admit.

Obviously Coca Cola owns much more water brands. Like with Bonaqua you cannot recognize them easily, only when you take a closer look. Of course Coca Cola is not the only company. There is also Nestle, Sinalco, PepsiCo and others. Maybe also some huge Russian or Chinese companies, but since I don’t know them, I cannot recognize them.

Anyway, in all the countries we have been, these companies sell the most or one of the most popular bottled drinking waters.

Some examples we have seen a lot:

CocaCola: Dasani (Iran), Kinley (India and Nepal), Bonaqua (Everywhere once in a while)

But of course this is not limited to water. There is the Maaza Mango juice in India for example. That’s a local product, right? I mean Mango, com’on. No, Maaza is owned by Coca Cola. Tropicana fruit juices is owned by PepsiCo. Also one of the traditional slavic Kvass drinks gets bottles by CocaCola. And even in Darjeeling and Assam you will see Nestea and CocaCola’s Fuze tea in every fridge. By the way, a lot of alcohol free beers and flavored malt drinks in Iran are produced by Bitburger.

When it comes to cola flavoured drinks itself, Coca Cola of course is the most common. You get it in every country we have been to. Everywhere, even in Iran and Myanmar. In India it is sometimes labeled ThumsUp. After Coca Cola, there is of course also PepsiCo. And that’s it more or less. There are not many alternatives. In Germany you sometimes see Fritz Cola or Afri Cola. Brands like that have no chance in little developed countries. There is one exception and I am really curious what’s the story behind it: In Tajikistan the cola monopoly is kept by Royal Crown Cola – or just RC Cola. RC Cola is also a US company and like Coca Cola comes from the US state Georgia, but it managed to supersede giants like Coca Cola and PepsiCo almost entirely in this one little Central Asian Country. Shops almost always have RC Cola, but often no Coca Cola. I have no idea why.

There are other exceptions of course, local cola brands, however, they don’t taste exceptional.

Big beverage companies also tend to sponsor banners of pubs and restaurants. A few years ago the Döner Kebab stall around the corner in Mannheim got new signs promoting the „menu“. Menu 1 is a Döner and a Coca Cola soft drink for 3.50 Euro. The signs are professionally designed – by Coca Cola.

Almost every restaurant, hotel and pub in India is sponsored by Coca Cola in this manner. In Nepal they are usually sponsored by Ruslan Vodka. In Myanmar, the local beer brand „Myanmar“ and a lot of mobile network providers equip kiosks, bars and restaurants. If you take a closer look on the picture we took with the Kayin family inside their bamboo hut in Myanmar, you will see, that Telenor even helps building homes – unintended. So actually the whole world has become a huge advertising space.

When I was a kid, there was this joke, that the Soviets landed on the moon and painted it entirely in communist red. Then the USA landed afterwards and just printed Coca Cola on top of that.

Maybe that wasn’t too much of a joke after all.