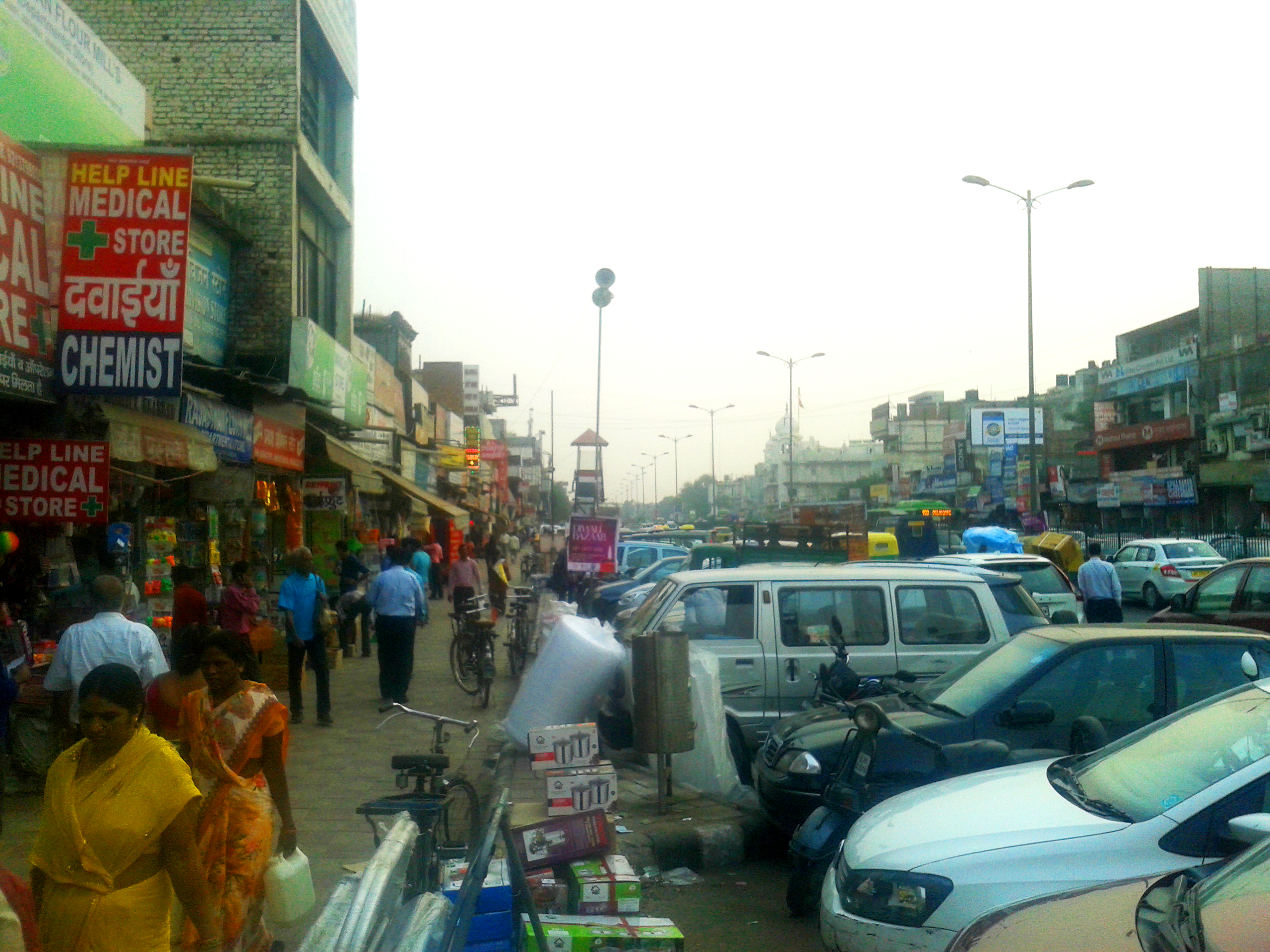 Have you ever seen those pictures of hundreds of cables, phone lines and wires hanging across the street in total chaos? That’s Delhi. 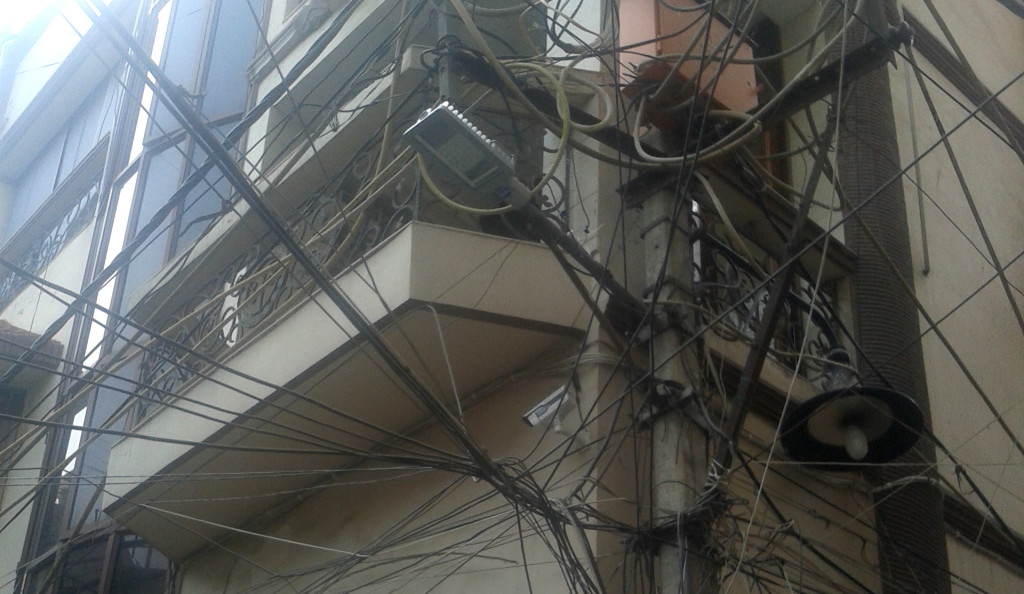 We arrive in Delhi at noon and first put our bicycles back together which we had to disassemble for the flight. Then we enter the roller coaster: Delhi traffic. 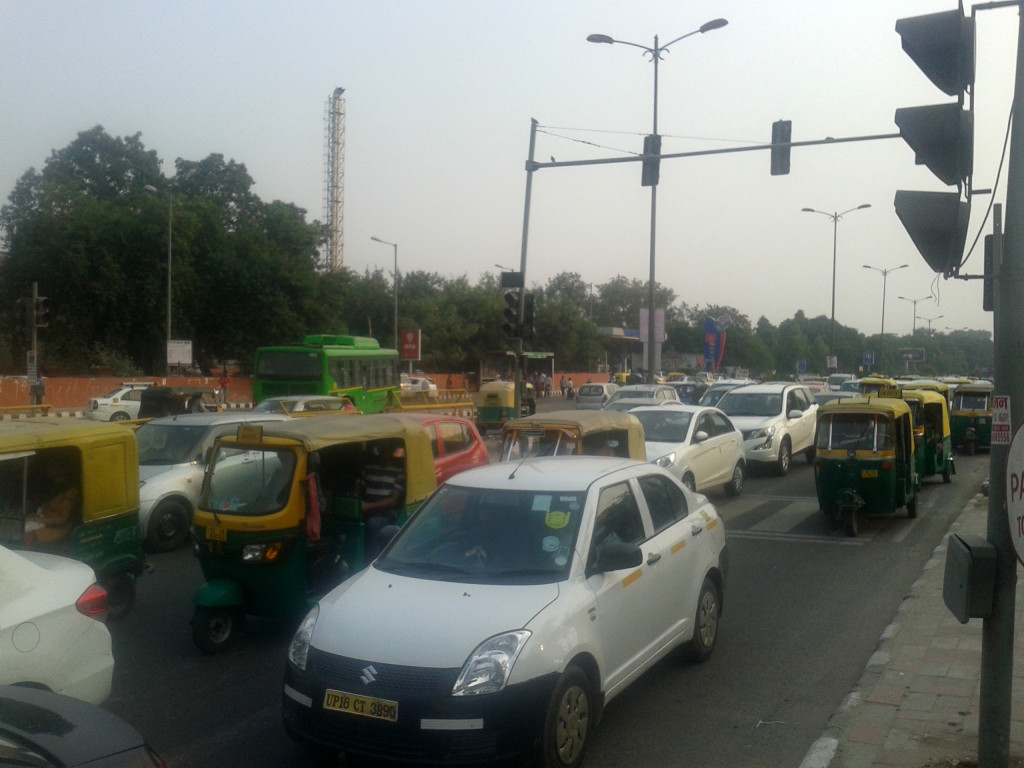 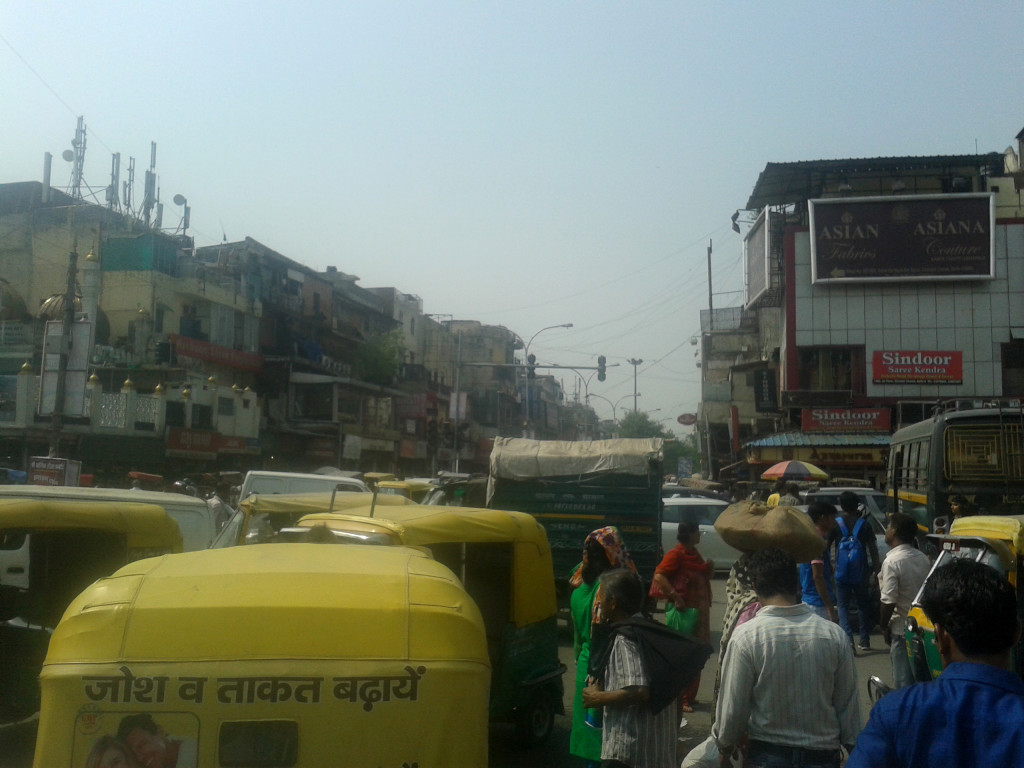 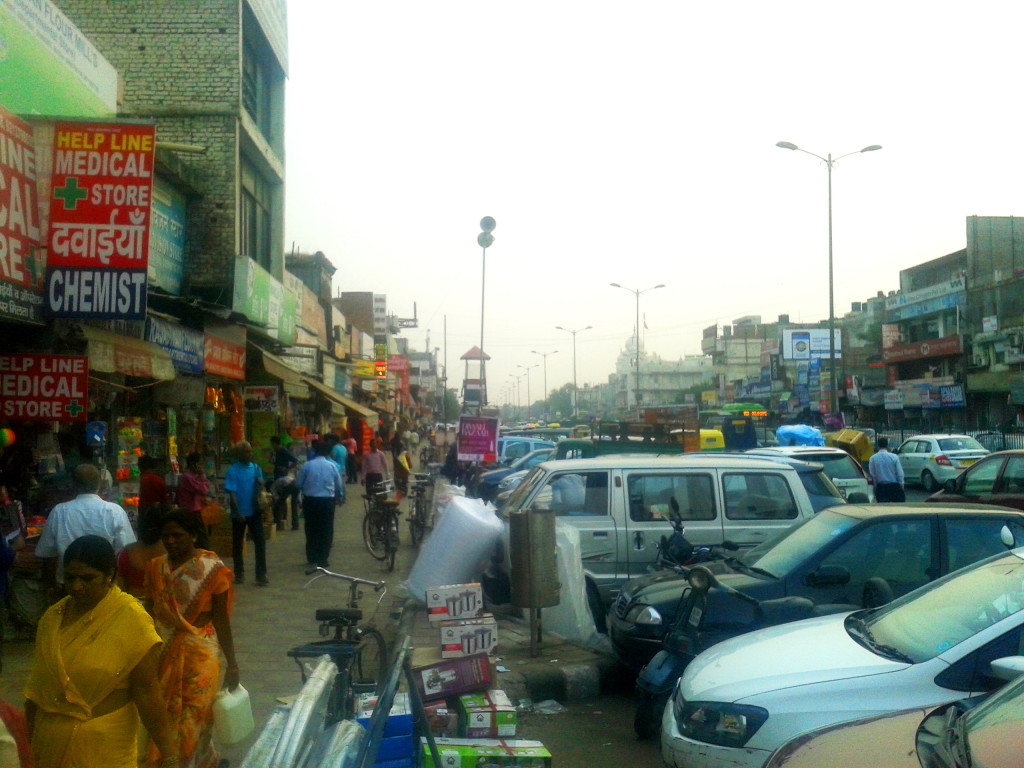 Of course we aren’t unprepared, because we have spent several days in Tehran, which is comparable. But trees growing on the left lane is new. They actually paved the road around them – or as our host Friede says: around their „grandmothers“. I called Tbilisi „Honkey Kong“. I have to correct myself now: Tbilisi is a quiet neighborhood compared to Delhi.

But well, that’s only the traffic. We find our warmshower when it gets dark after looking for it for quite some time. After all Delhi is a very big city.

The next day I first go to the dentist, because a small piece of my tooth broke off already 6 weeks ago in Kyrgyzstan and we couldn’t find a good dentist in Almaty and Bishkek. Now everything is fixed. That feels much better.

The rest of the day we spend mostly on the streets and also get our bicycles fixed. Whenever I look around in Delhi this commercial comes to my mind:

There were several cities on our journey, where I was thinking, that it would be rather easy to open up a business. But here? Everything is already there a thousand times and you have such limited resources, that you cannot just build something the way you want. So the whole city seems a bit like this plane in the commercial. It develops, but with all the „passengers“ on board. You find new buildings surrounded by stalls and people doing business on the street. Every corner is filled with some business or at least with people. In Mannheim they just pulled down a whole block, put a fancy fence around it to anounce what will be build there and then – after a year or so – a new shopping and living complex is ready to use. This won’t work here. There is no room. You had to move probably thousands of people and their businesses to get that much space to build something new. I’m sure it has been done here, too, but I wouldn’t want to do that.

And you always have the impression, that Oktoberfest ran out of beer or a football game is over and people are just walking home. Because everybody is walking on the street. If there is a sidewalk it is occupied by stalls and stuff anyway. So you always wonder where the crowd ends until you realize that this is not a crowd walking home from a football match. These are just the people of Delhi. Also India didn’t win the football world cup. The streets are always jammed and people just honk – all – the – time. Hear for yourself.

It is a different world. Of course after spending two months in Tajikistan and Kyrgyzstan with two humans per square kilometer this was a big change.

So far I like Delhi a lot. The chaos and the different way a lot of thing are done. Also people seem to be friendly and kind, which is usually the case everywhere, but I was surprised that they keep calm especially in such a crowded city.

But for the first time on our journey we also see a lot of poverty and to an extend that we have never seen before. Whole families living under a bridge at a major intersection with LOTS of traffic. The few months old children lying in the dirt naked. All the never ending honking and the sound of the engines and on top of that a very polluted air is just not a good place to live.

And even though I like this city a lot, I also start to realize, that it would be too much for me after a few days. I think Cora feels the same. It is too hectic and noisy and probably the first city on our journey, where I cannot imagine to live. I need some air to breathe, some room to grow and some silence to hear my own thoughts. This is hardly possible in Delhi. 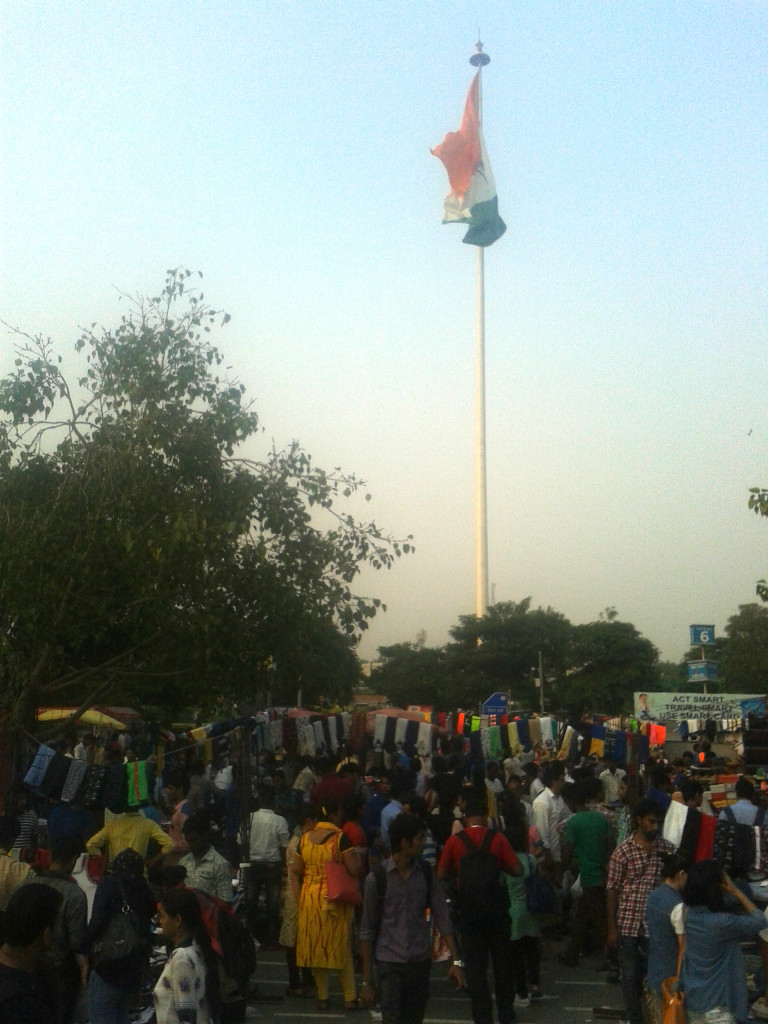