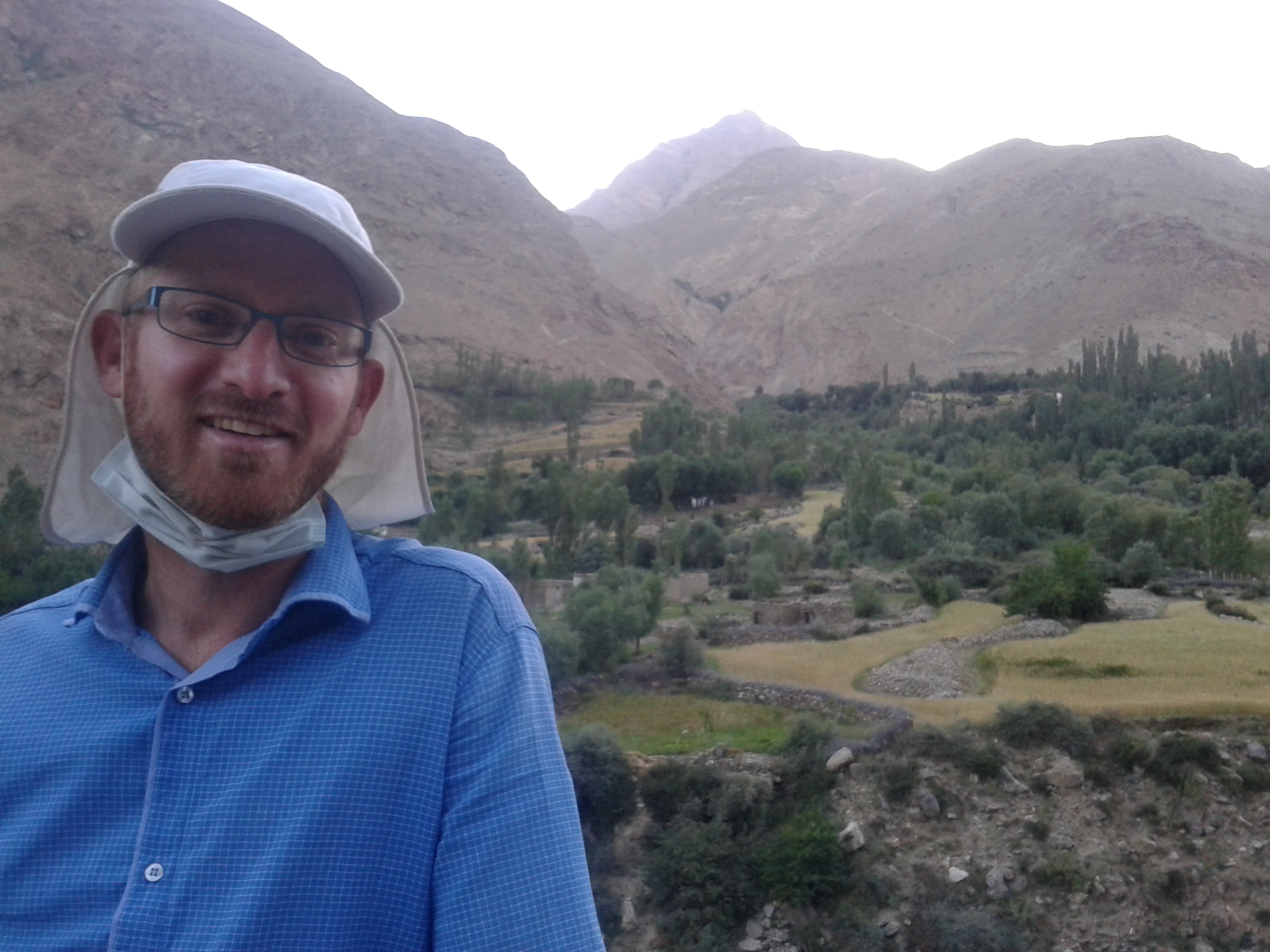 Now you are curious, right?

First you need to know that the pictures in the last posts often show Afghanistan. Because we were cycling along the border and on the Tadjik side the road was build into the rock. So left of us was only a big wall of rock. That’s why we usually took pictures of the Afghan side.

But that’s not all. According to all sources, we have actually been in Afghanistan. All maps clearly show it and even the tourist office said it.
But it is not as you might think.
Actually the border between Afghanistan and Tadjikistan is not always in the middle of the river. Sometimes the border crosses the river and even crosses the M41 Pamir highway. Altogether we have been cycling through Afghanistan for a bit more than a kilometer.

The tourist info told us about it and warned us not to pitch the tent in these particular sections of the highway. It is not dangerous, but the border police will tell you to move.

We almost forgot about this fact, until we stopped to take a sip from the water bottle. Suddenly some Afghani on the other side of the river whistled, waved and shouted. Usually the Afghani were rather quiet. So their behavior reminded me to check, when exactly we will enter the short section of the highway that leads through Afghanistan. Guess what, we were standing right in the middle of it. Apparently the Afghani welcomed us in their country.

So we took a pictures of us in Afghanistan:

But already when we arrived in Qualai Khum, the myth of the terror country Afghanistan had vanished. This part of Afghanistan is safe. However on the Tadjik side you will see lots of soldiers patrolling the road. Even some tanks are placed along the border.
But other than you might think, it is not because of Taliban terrorists. The M41 (and the road through the Wakhan Valley) is also known as the Heroin Highway. A lot of drug trafficking is going on here. And as a traveler you don’t have to fear the smugglers. They usually want to enter the country undetected.