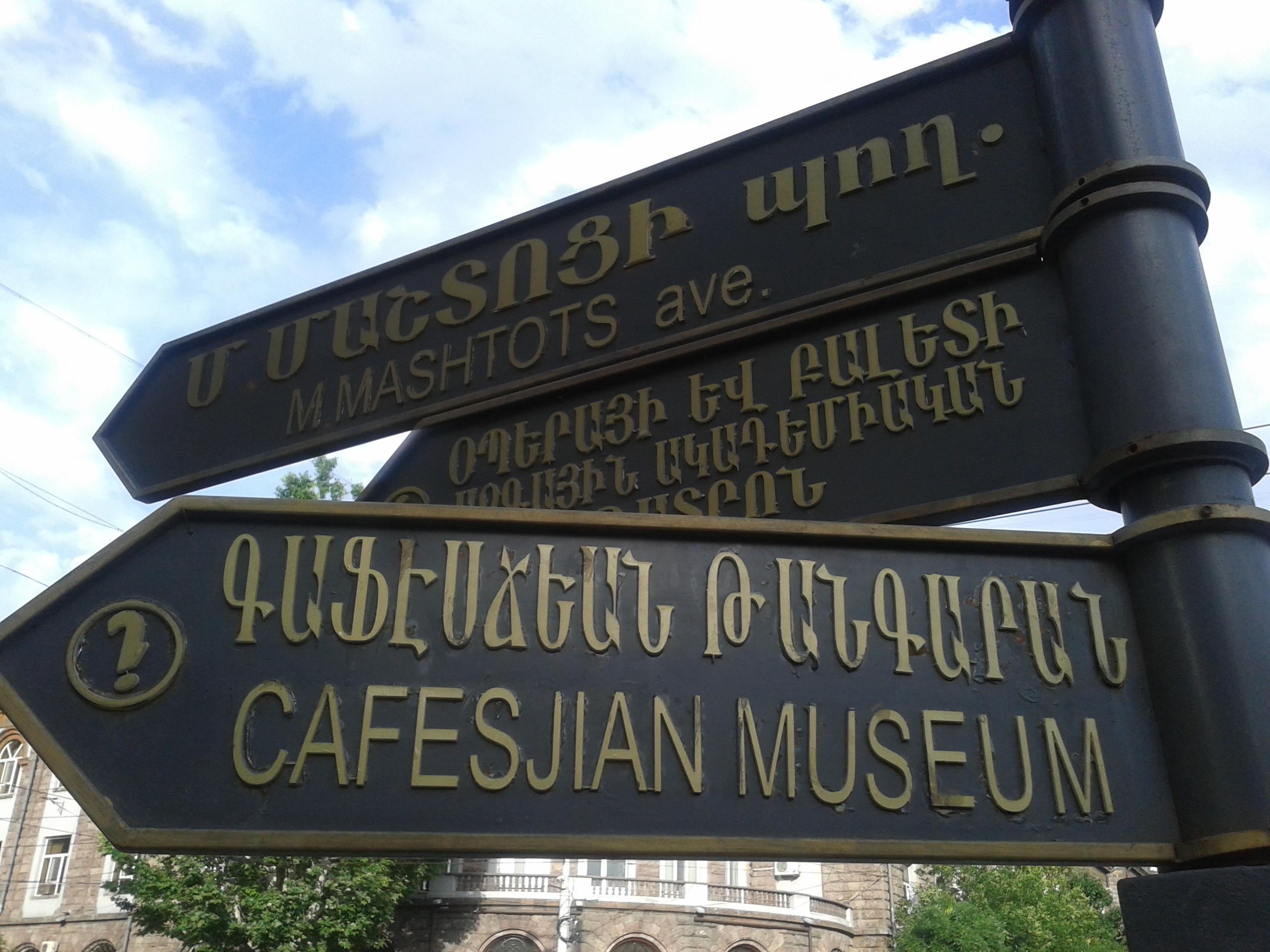 You remember Akhalkalaki? The little town in Georgia you didn’t even try to pronounce with your inner voice while reading the post about Vardzia to Tbilisi?
I told you we just stayed there one night, got some money at the ATM and left. Well, apparently this was the first ATM on our tour, which first returns the money and then the credit card. In case you never noticed, it is usually the other way around. Now my brain of course is sleeping when I try to get money at an ATM, because it is not expecting anything excitingly new. Wake up! Too late. I’ve just turned around after I took the money and moved on. A day later we realized the credit card was gone.

Now you understand why I didn`t write much about Tbilisi. Because most of the time me and my German headquarter – also known as my friend Martin – were busy trying to get a new VISA card. Not only is the comdirect bank only capable of doing the most basic things. But also VISA and the Deutsche Post are on strike. As if that wasn’t enough making calls from Georgia to Germany is 3 Euro per minute and you can only authenticate yourself at comdirect bank via phone.
We even try to get a new visa card directly from the VISA company. They then call me and this conversation is actually quite funny in retrospect:
I am already pretty pi**ed, then they call me from a US number and I can only imagine how much this is per minute and on top of that, the sound quality is extremely bad. The women tells me she is from VISA and starts to introduce herself and explains the situation and I’m like:

„Yes, ok, but why are you calling from the US“.

And she just repeats what she had said before. Then I say:

„I’m not in the US state Georgia. I am in the country Georgia“

And she just says nothing for a few seconds. Then she says the same as before for the third time. And I get really angry and ask again:

„I got it, but why are you calling from the US“

And she just quietly and confused replies:

„Because VISA is a US company…?“

I pause for a second, then:

In the end she just tells me that they can’t do anything and it’s all comdirect’s fault, because they are blocking them to do anything.

So comdirect sending me a new credit card is still the only option. Martin has already talked to the Marriott Hotel in Yerevan and they agreed to accept and store the letter with the credit card until I arrive in Yerevan even if I don’t stay at their hotel. But due to the strike it isn’t possible to send the new credit card there in time.
Until today (31.5.2015) it hasn’t even arrived in my post box in Germany. As soon as it arrives there, we will send it to Tehran to a friend of the husband of a friend of my mother, who we wanted to visit anyway. Hopefully this works in time.

Realizing that sending a new credit card took to long, comdirect now offers to send cash to a bank as an emergency money transfer. That’s funny! Because you can send money to any country in the world except Iran, where we are going next. Even comdirect can’t send money there, because there is a financial embargo against Iran. That means no money can be transferred from any western country to Iran.

But no reason to panic, we still have Cora’s credit card and the EC-cards, which work also on any ATM, but usually then a fee is charged. Of course we still need to get all the money for Iran in cash before leaving Armenia.

So that was about the VISA card. But are also making progress regarding the visa for Iran. We finally get our visa for Iran at the embassy of Iran in Yerevan. We have already applied for a reference number before we left Germany. Now with the reference number you only have to go to the embassy and get your visa on the spot. Right? Almost!
The Iranian embassy is up on a hill surrounding Yerevan. So with the bicycles we go up the hill. Cora puts on her hijab, covering her hair, then we enter the embassy. We get a form and an address of an Iranian bank which is in the center of Yerevan. You have to go to the Iranian Bank personally, because as I already mentioned above they cannot accept credit cards at the Iranian embassy since there is the embargo.
In case you are planning a trip around the world and want to get your Iranian visa in Yerevan, go to the bank first. Because there you pay, then go back to the embassy and get your visa. We pay 75 Euro each to get it on the same day. For 50 Euro each we had to wait a week. We just return to the embassy 20 minutes before it closes and get the visa half an hour after closing time.
Getting the Iranian visa isn’t really cheap,  because the reference number was another 75 Euro each. Anyway, we should make it into Iran now. We got a 30 day visa by the way.

Getting the Iranian visa in Yerevan just took us 28 km and 438m altitude:

In Tbilisi we’ve already applied for a so called Letter of Invitation (LOI) for Uzbekistan. As a European citizen you actually don’t need one, but it speeds things up. Without a LOI getting the Uzbek visa can take up to two weeks. With it, you usually get it on the spot. Thats important for us, since we will fetch our Uzbek visa in Tehran. Only with the Uzbek visa we can apply for the Turkmen visa. Because the Turkmen visa is a transit visa only, meaning that you have to rush through Turkmenistan in 5 days and leave on the other end of where you entered. And in our case this is Uzbekistan. So you won’t get a Turkmen visa, if you cannot proof, that Uzbekistan is actually letting you in.
For the Uzbek LOI we had to write a personal letter to the Ministry of Foreign Affairs (MFA) in Uzbekistan and explain who we are and what we do for living and why we are going to Uzbekistan and what we plan to do there. Of course also money is involved and a lot of copies of several documents. Now lets see what happens. The current status is that they got the money and have send everything to the MFA. It should take 7 working days until we get the LOI.

If everything works well in Tehran we should have accomplished the Central Asian visa jungle. Tadjikistan is known to be easy. At least getting the visa. We met other cyclists who told us, that not all border crossings are always open in Tajikistan. That can turn into a major problem, if the next border crossing is on the other side of a huge mountain range and time is running out.
Kyrgyzstan gives you visa at the border. At least that is our latest info. And even Kazakhstan lately made the process easier. It seems like we as Germans might get in without a visa.

Sounds good and saves money. Now after reading this it should be a child’s play to make your German tax declaration. Remember, it is due date today!

Mariah Carey – Can’t live if living is without you